How Long Does Weed Stay in the System of an Athlete?

Whether you are new to cannabis and curious about how long the effects last and how long weed stays in your system, or facing a drug screening of some kind, knowing the specific ways weed interacts with your body is valuable information.

THC is the active compound found in both medical and recreational marijuana that causes short-term euphoric effects. Although the effects of THC last just a few hours, THC can stay in your system for much longer.

Sports leagues’ tests for weed can pose a considerable challenge for many athletes. Colleges and other major pro leagues ask their players to submit to drug tests of varying types. Weed is a banned substance for most athletic establishments, and it is therefore essential to rapidly get clean or find means of flushing it out from your system.

In drug tests, THC (delta-9-THC) is the compound in cannabis that gets checked for. After consuming weed as an athlete, components that are not THC related do not remain in the body system for a long time.

However, within hours after feeling the effects of weed wear off, THC gets metabolized into a couple of inactive metabolites without necessarily making an individual experience being high.

Hence, the weed test window checks for the THC metabolites in their inactive form. During the process of THC metabolism, at least 80 distinct metabolites get broken down. The breakdowns are then packaged in body fats, after which they get eliminated through urine and feces. Hence, making the urine test an ideal form of weed test.

How long does weed stay in your system?

The length of time THC stays in the body or continues to show in a drug test depends on many factors. These include: 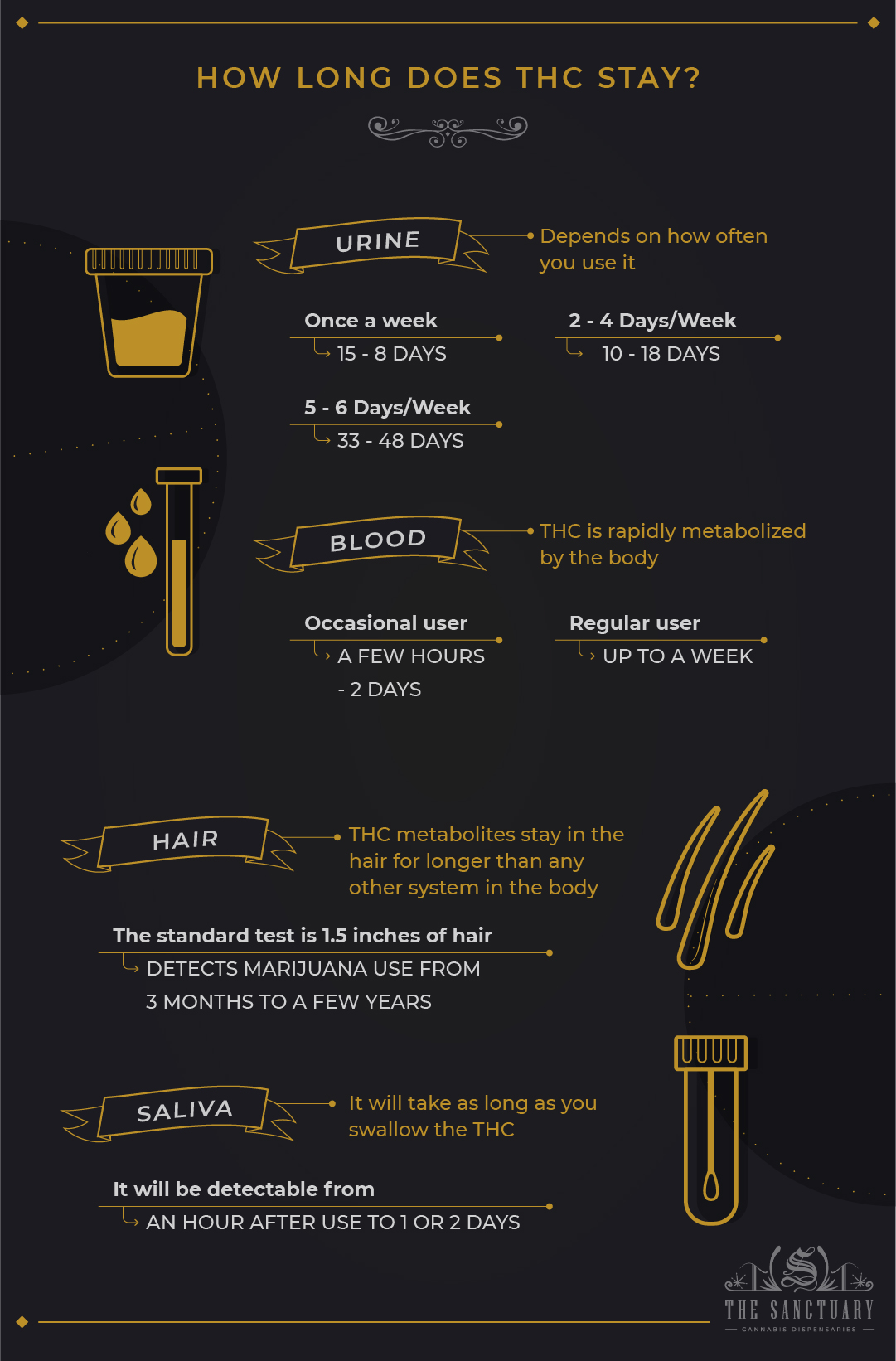 Drugs such as alcohol may completely disappear from the body in just a few hours. In comparison, weed lingers much longer.

With all this said, generally people can assume weed will stay in their system as follows:

How does cannabis travel through the body?

To fully understand how long weed could stay in your system, it is important to establish how THC travels through and interacts with the body.

When cannabis is smoked or vaporized, THC enters the bloodstream through the lungs. From there, THC is carried in the bloodstream directly to the heart and pumped throughout the body, binding to the CB1 receptors located in the brain, certain organs, and central nervous system, as well as the CB2 receptors in the spleen and immune system.

As blood circulates throughout the body, THC is continuously passed through the liver and broken down into metabolites. To detect the presence of cannabis in the body, most drug screening methods look for one metabolite called 11-nor-9-carboxy-THC, or THC-COOH.

The process is slightly different when weed enters the system in the form of an edible or capsule. When cannabis is ingested, THC enters the bloodstream through the walls of the stomach and intestine, traveling directly to the liver where a large amount is eliminated or metabolized. The remaining THC and THC metabolites are then circulated by the heart and sent to the brain.

How long does THC stay in urine?

The most common type of THC and marijuana drug test is a urine test due to the ease of use and low cost. In the urine, byproducts of THC are detectable for a longer period of time, meaning they can reveal marijuana use for weeks after use. The exact amount of time marijuana and THC is detectable in urine largely depends on how often you use marijuana. Many individual factors can affect these ranges, such as:

How long does THC stay in blood?

Some THC and marijuana drug tests will test the user’s blood. THC is rapidly metabolized by your body and will only remain detectable in your blood for somewhere between a few hours and one to two days after a single use.

For those who are heavy marijuana users (multiple times a day), THC may stay in the bloodstream for up to a week. Blood tests for marijuana use are rare and are usually only conducted as a follow-up to a potential false positive on a previous testing method.

How long does THC stay in hair?

THC metabolites stay in your hair for longer than any other system in the body. The standard for hair follicle drug tests is 1.5 inches of hair, which shows three months of potential marijuana use, but some hair follicle tests reveal marijuana use going back a few years. These tests have been shown to be reliably accurate in detecting marijuana use, even over longer periods of time.

How long does THC stay in saliva?

Some THC and marijuana drug tests will test the individual’s saliva for traces of THC. If that is the case, THC will first appear in saliva about an hour after use. After first appearing, THC will remain detectable in your saliva until it is swallowed fully, which typically takes somewhere between one and two days after use.

Drinking water, brushing your teeth, eating fatty foods, and using mouthwash may help speed up the removal of THC from saliva. Saliva tests are being explored as a potential way to check for marijuana use in drivers, though some cannabis advocates feel they are not reliable enough to test for impairment.

How athletes can beat a weed drug test?

As an athlete, you might have a drug test popping up soon and want to find a way of getting THC out of your system as fast as possible. Unfortunately, speeding up the flushing process to get rid of THC can be challenging. The first step would obviously be to stop using cannabis immediately.

The most natural way to try and flush your system of THC is to consume large amounts of liquids. Fluids such as water, washes away THC metabolites faster and is another way of beating the marijuana test. This method is effective, but it possesses some risks. Drinking too much water can result in water intoxication whose aftermaths may result in illness or even death.

It is advocated to take in cranberry juice, which is more effective than water and greatly aid in flushing the metabolites. On the same note, overly diluted urine may act as a red flag, and it is recommended to take in vitamin B to improve on the concentration and appearance of your urine to make it look like a normal color of yellow.

You should avoid using your first urine for the day of your test; this is because the chances are that it will have a massive quantity of metabolites. Also, before the day of taking the test, urinating as many times as possible makes a huge difference.

Stay away from high-calorie diets. Other possible means of beating a marijuana drug test as an athlete are reducing the intake of calories and exercising heavily to break down the fat molecules that are storing THC. 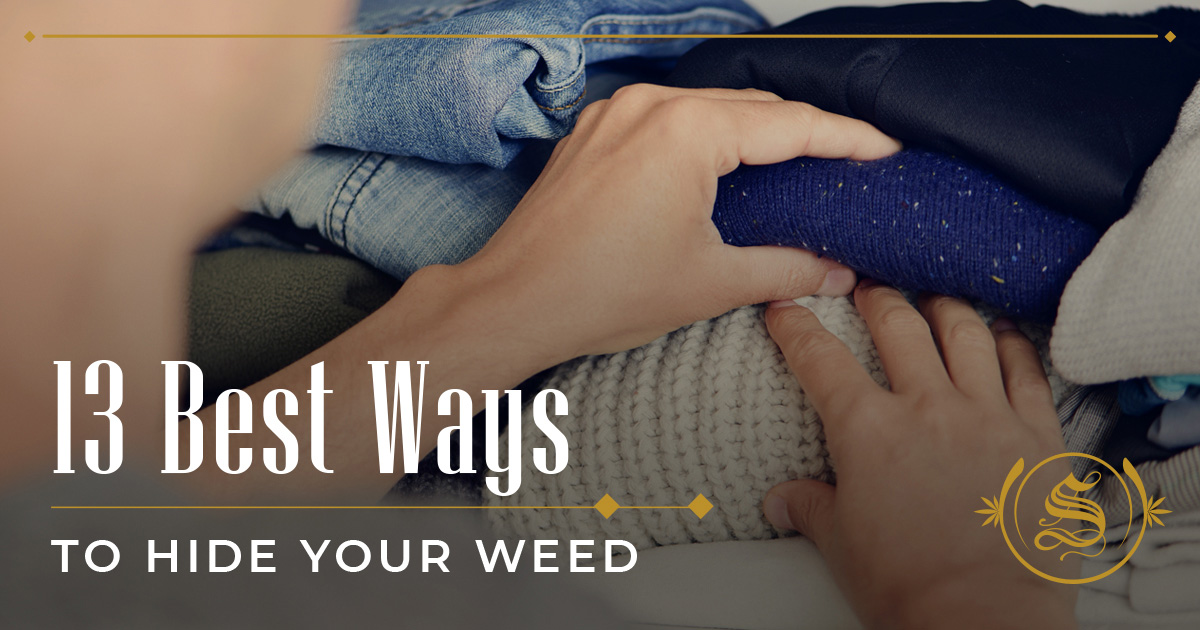 13 Best Ways to Hide Your Weed 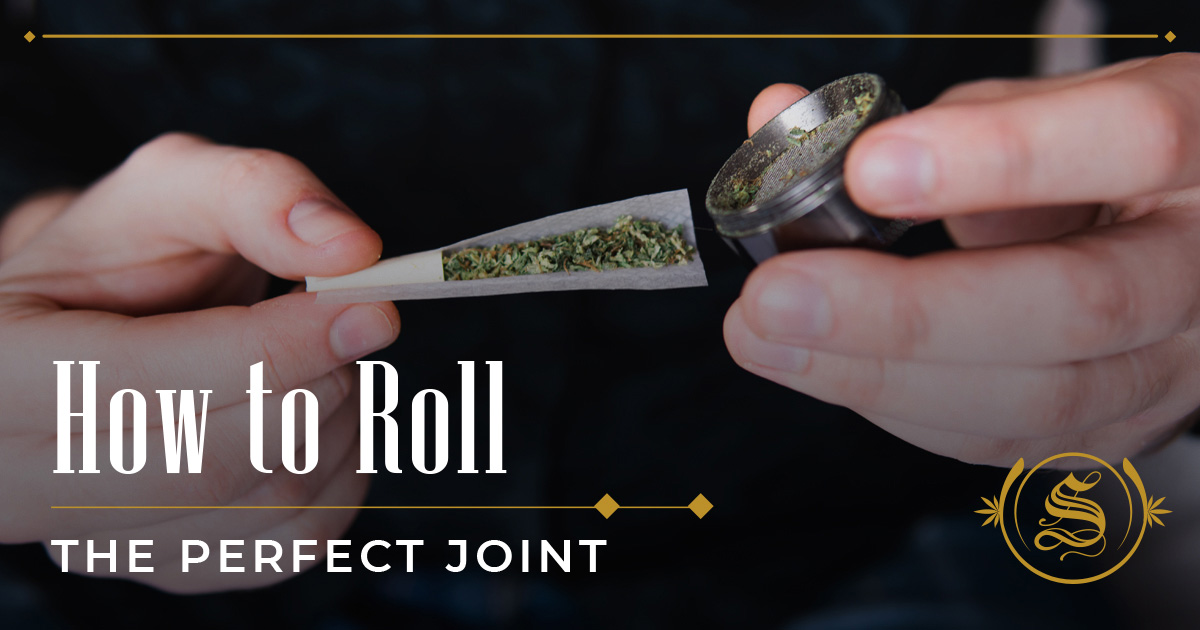 How to Roll the Perfect Joint 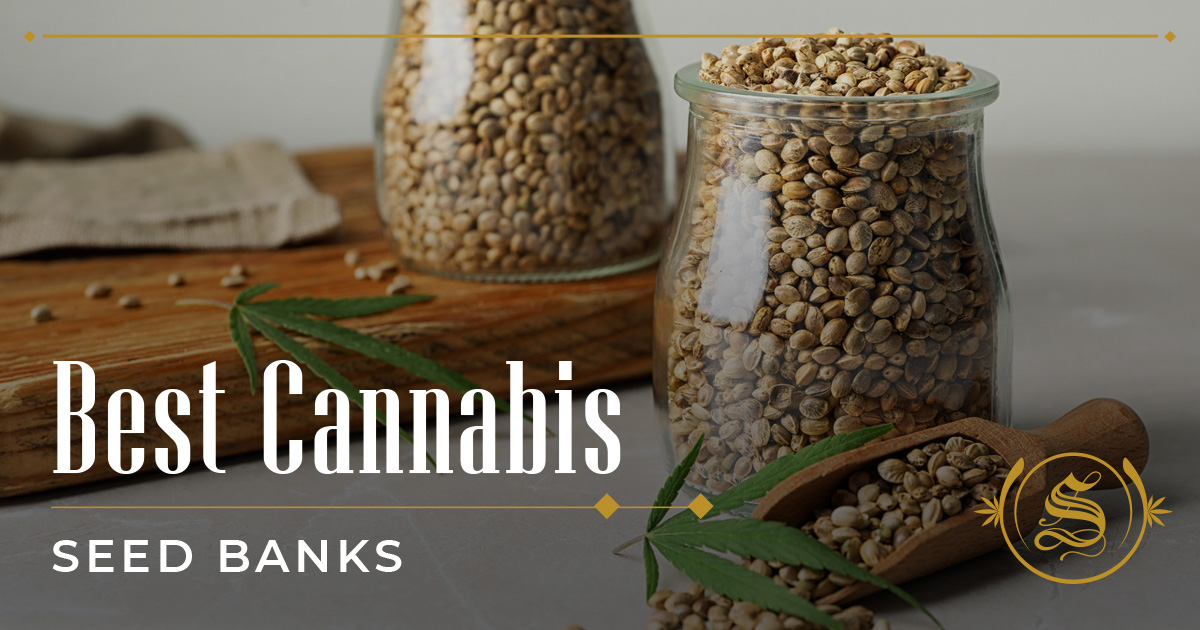