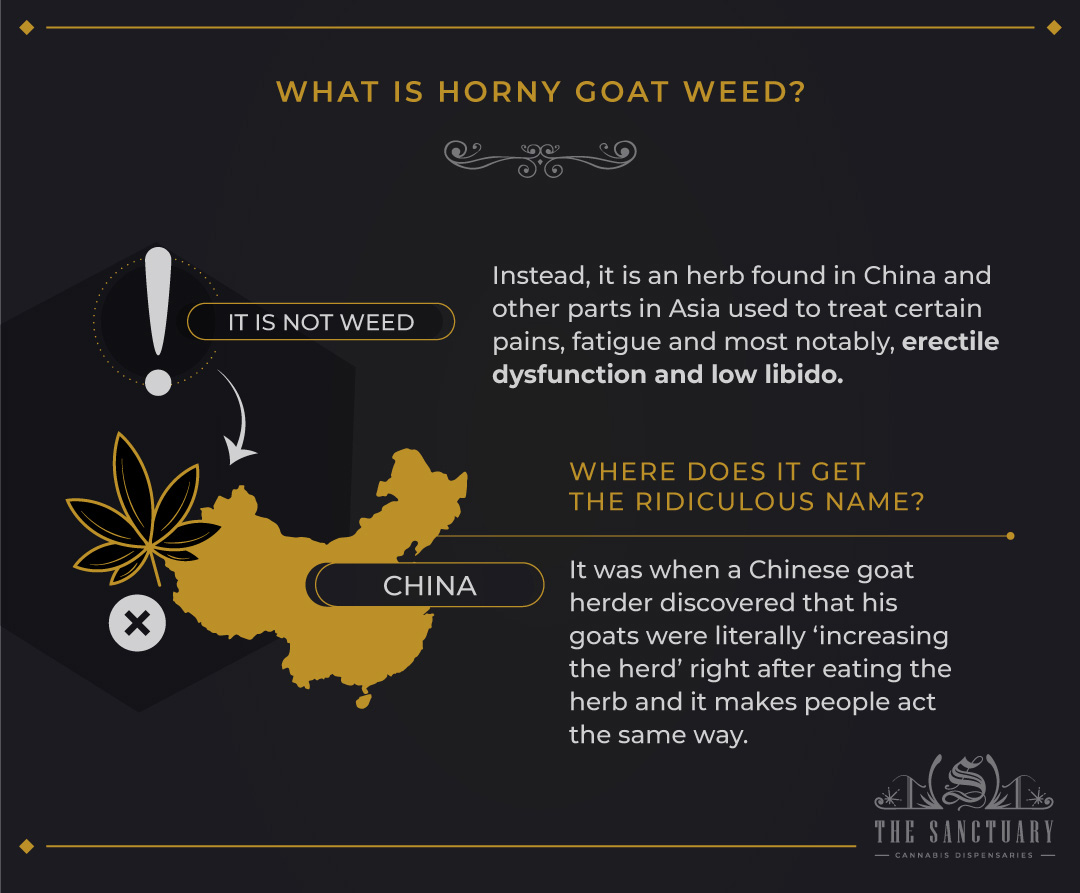 Where does it get the ridiculous name?

The effect it has on men is obviously that it improves erections and stamina during sex, as well as a libido boost in general. The same thing has been said for women who take the herb (though not many studies have confirmed it), as some women have shown to have increased libido and estrogen after their doses.

Aspirin, birth control pills and some blood thinners are not recommended while taking the herb, as well as pills for high blood pressure or blood clotting, which makes sense seeing as the herb ‘redirects’ your blood flow. Because of that, one thing to especially stay away from while taking this is nitroglycerin.

Interestingly, there is no general consensus on what is a proper dose from the herb, but the label on the bottle (should you have the over-the-counter pills or capsules) will tell you how much you should take per day.

If you look at a brand like Nature’s Craft for example, they would say a 1000mg capsule should not be taken more than twice daily, or as directed by your physician. Again, this is not the same across all manufacturers and the dose changes from pill to powder form. But either way, you will have to wait a couple weeks (a month at the most) to start seeing the results.