How to Make a Bong

Most of us weed smokers have found ourselves in this situation: We just got some good flower and plan to share it with some friends at their house. Everyone there has a lighter but somehow there are not any papers or pipes to smoke out of!

In emergency, you can always resort to buying papers and rolling yourself a joint. But not everyone has joint-rolling expertise. In situations like these, it is time to get creative and rig up your own bong.

You would be surprised how easy it can be done. All you need is a little bit of know-how and some common household supplies.

Components of a bong

A bong has a few composite parts that are mostly universal to all bongs. In order to be able to make your own bong you will need to understand its crucial components. 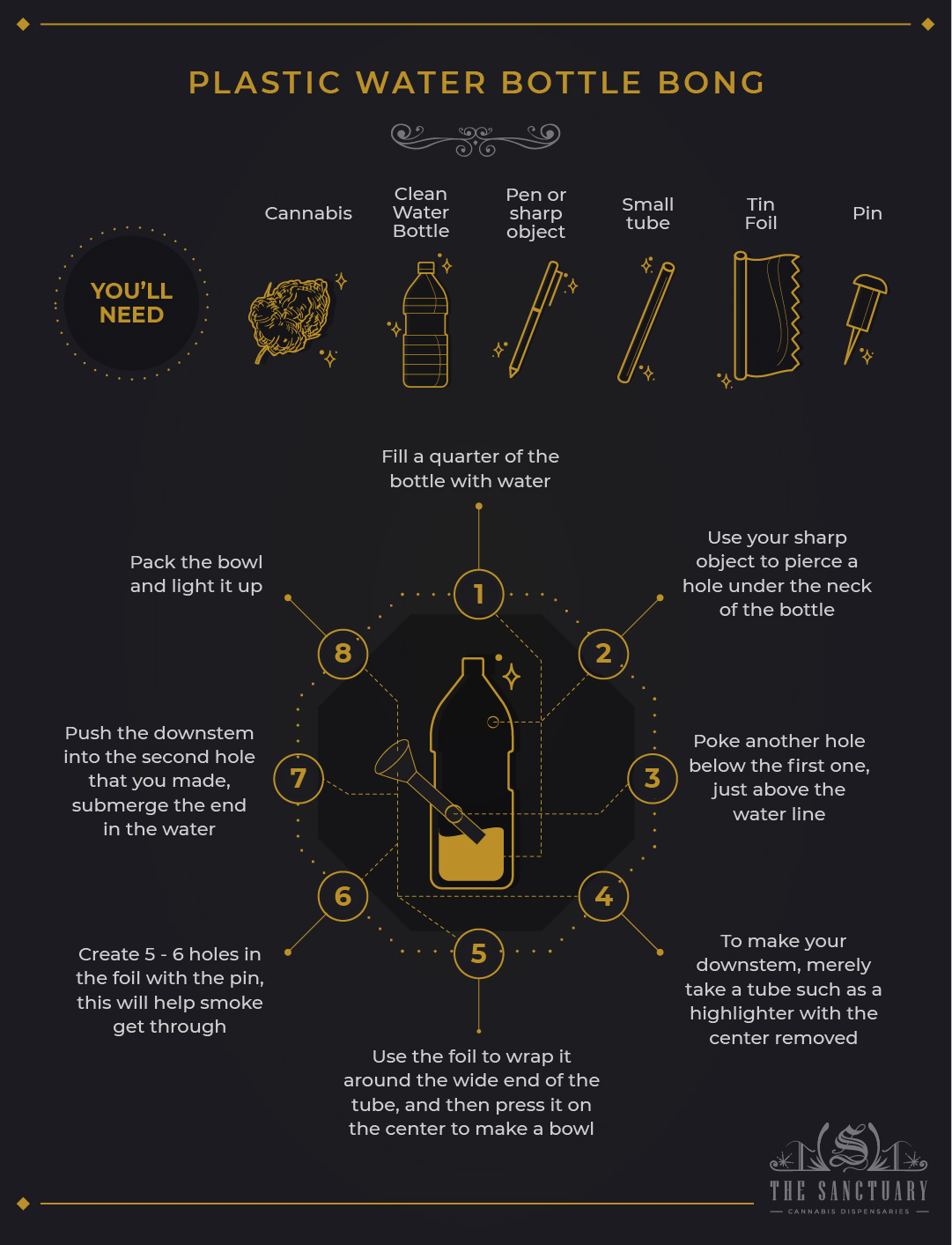 A water bottle bong is the first thing that many weed smokers have used to get high from. They are easy to make and easy to get rid of in a pinch.

These plastic bongs are not ideal to smoke from and usually are used in desperation. Be advised, smoking from plastics and foil has potential health risks and this article is not written to recommend using a plastic bottle to smoke from but rather instructions on how to build one if you so choose.

To make a water bottle bong you will need:

The following steps will help you build a water bottle bong: 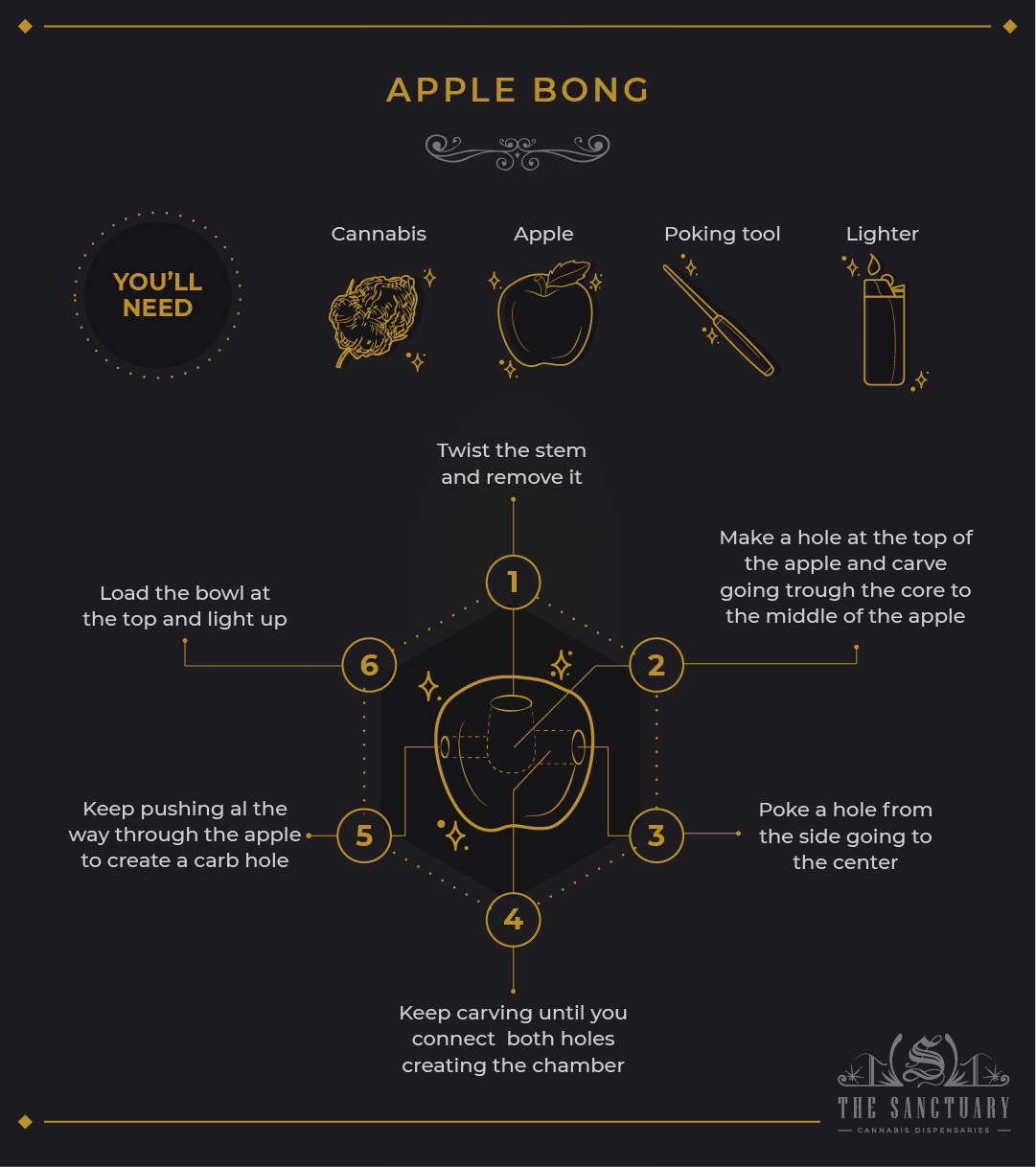 If smoking out of plastic is not your preference, then try this next, more natural approach. Smoking from an apple may sound funny but it is fairly common in the cannabis community. If you are at someone’s house without anything to smoke from then simply go raid the kitchen.

Making an apple pipe is easy and fun. To make one at home you will need:

The steps to creating an apple bong include: 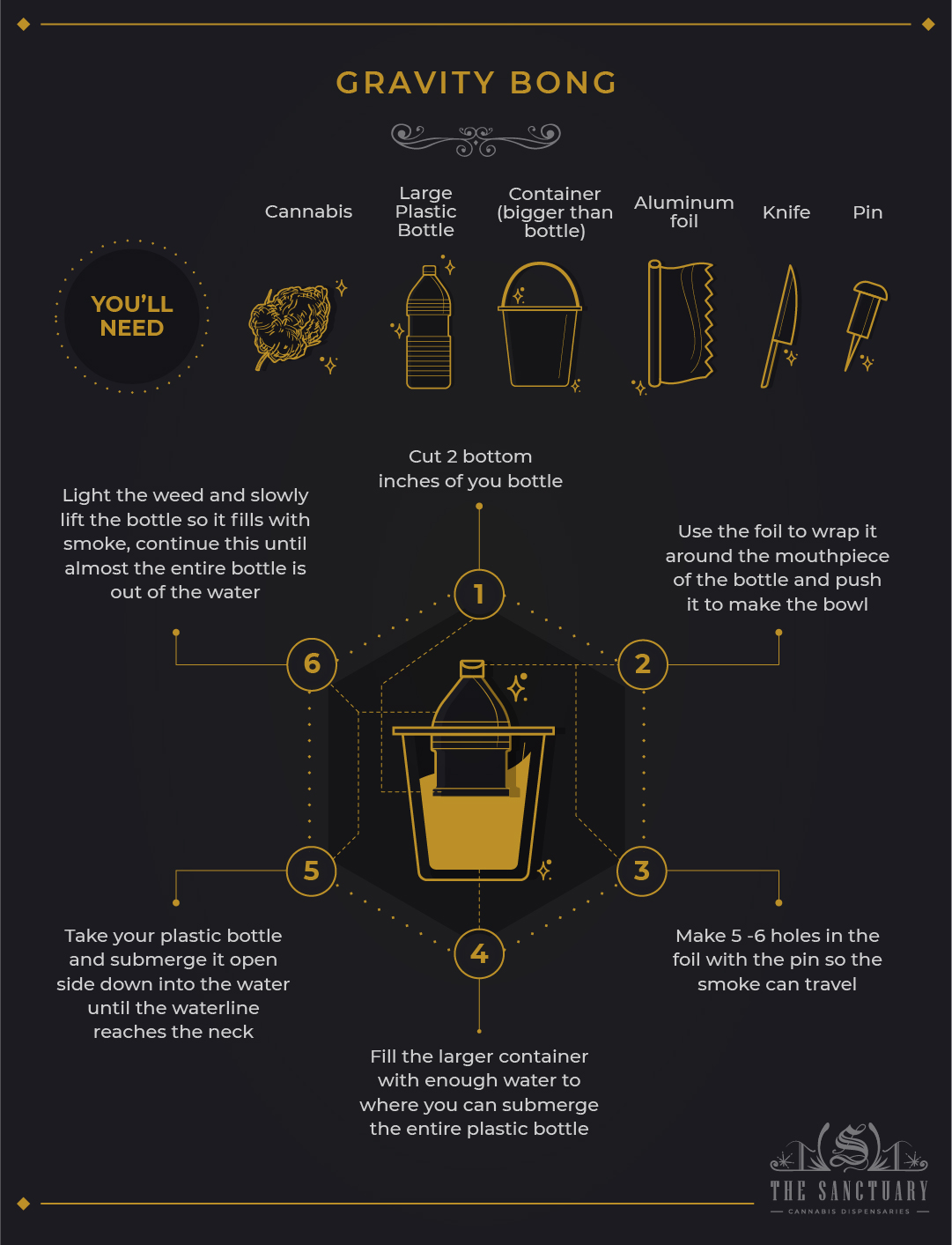 Most people have the supplies to make a gravity bong lying around there house. These are made using an empty two-liter soda bottle with the bottom cut out and a bowl mounted into the cap, as well as a larger container or bucket filled with water.

To make a gravity bong you will need:

Steps to making your gravity bong include: