With an approximate THC amount of 80%, hash oil is an extremely potent and concentrated oil that comes with multiple uses. Like most other cannabis or infused oils, hash oil follows a simple recipe that can easily be replicated at home.

Plus, the entire mixture has only two ingredients, one of them is your flower: So, any time you want to make hash oil and you just have a working stove and some weed, you are 50% done.

What is Hash Oil?

Hash oil is a marijuana concentrate similar to wax or shatter. Hash is known for its distinct, syrupy consistency and high concentration of THC and terpenes, which makes it the standard oil for doing dabs.

It is common for hash oil to be made of 80% THC on average, but some oils can be as high (pun intended) as 90%. For this level of concentrated THC, hash oil is surprisingly easy to make but should always be approached with caution for this reason.

What is it for?

As a concentrate, hash oil can be used to make edibles and joints, and can also be used in vape pens (apart from dabbing) or even rubbed onto your skin. Shown through its THC content, hash is mainly used for a smokeless, psychedelic and more potent high than you get from regular joints or flower.

How to Make Hash Oil

Hash oil follows the basic formula (literally) for things like cannabutter or THC oil, with the exception of the flower being decarbed and a slightly-altered cooking time.

Grinded-up flower and alcohol: That is the entire recipe for hash oil. From there, the only supplies you really need are one to two coffee filters, a baking sheet, a mason jar or two and a stovetop.

Like THC Oil, you will want to use a high-proof, food-grade alcohol to ensure safety of consumption.

Just like getting most things in life that are great, we start by grinding weed. But before we get to the actual mixture, your weed should be decarbed for this step, to activate the THC without completely burning.

Line a baking sheet with your crushed weed (laid out on parchment paper, if you have some), and after 30 minutes in the oven at low heat, 250° F is perfect, you will be greeted to great-smelling, oil-ready grams that are now giving off an ideal amount THC.

From there, you are ready to mix in the alcohol using a mason jar or any non-plastic, sealable container. Pour in either ¼ cup of alcohol or enough to cover your decarbed weed in about a quarter inch of liquid.

Close up the lid and let the mixture sit for about 20-30 minutes at room temperature. This allows the two ingredients to get to know each other and allow extraction of the THC.

THC cooking oil would have you repeat the first step for best extraction, but since your weed is decarbed, it is already giving off THC that you are simply transferring to the liquid. So, one straining will be enough for this recipe.

Step 3: Boil or Evaporate Your Oil

Now for the fun part (kinda): You want to reintroduce the mixture to heat cook off alcohol as much as possible. This is absolutely necessary so that the alcohol does not overpower the oil.

The best way to evaporate the oil is to use a rice cooker. If you do not have one, just take a big pot with 5-6 cups of water and bring it to a boil with a skillet over top (makeshift double boiler). Once your water is boiling, reduce to medium heat and add your oil to the skillet.

Cooking time only varies by how much weed you mixed with the alcohol and when the mixture stops bubbling. This lets you know that all the alcohol has evaporated and the hash oil is ready.

The entire process from grinding your weed in the first step to literally enjoying your hash oil can be as little as one hour, 90 minutes at the most. Once the oil reduces ⅓ of the way and all the bubbles stop in the skillet, you are done.

You just made hash oil without even going to culinary school! Now it is ready to be used to make your favorite edibles or the old-fashioned way: vaping or as a dab.

80-90% THC is no wonder why hash oil is used for dabbing, and now you know how to make it from scratch. You might get the exact ‘glassiness’ if you make shatter with it, but it is still just as perfect for dabbing as the real thing.

Your homemade hash oil will vary just a little in potency depending on what strain you used to make it, but you are in for the high of a lifetime either way, so always use it responsibly.

Despite hash and other cannabis oils having a 1-2 year shelf life, the best way to store your concentrated oil is to keep it covered to keep away any unwanted dust or particles, stored in an environment that does not get too hot.

Naturally, hash oil will last longer in the freezer or fridge, you just want to keep out as much moisture as possible if you are going to freeze it.

How to Make Shatter from Hash Oil

To take your hash oil to the next level, lay it out into a thin layer that you can cover while it chills in the freezer. Simply take it out after its three-day chill and it is ready to shatter and smoke.

You can also leave out your hash oil, preferably on parchment paper, on a thin surface like a baking sheet and let it rest to dry out all the moisture. Parchment paper helps draw out moisture as the oil evaporates naturally, leaving you nothing but a solid sheet of homemade shatter. 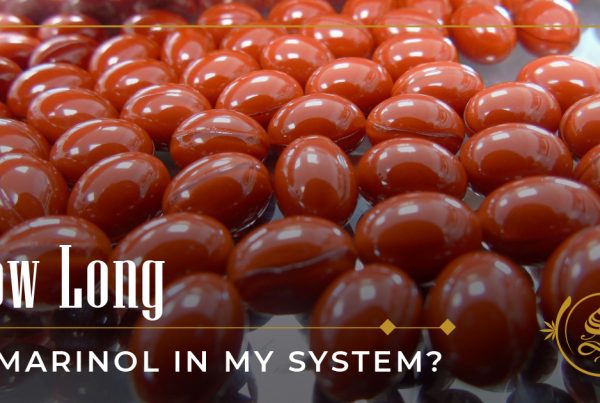 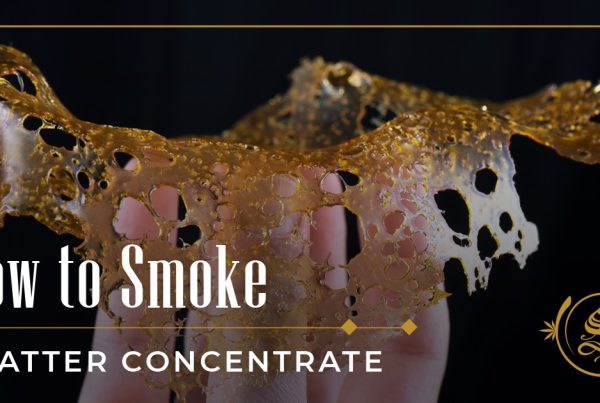 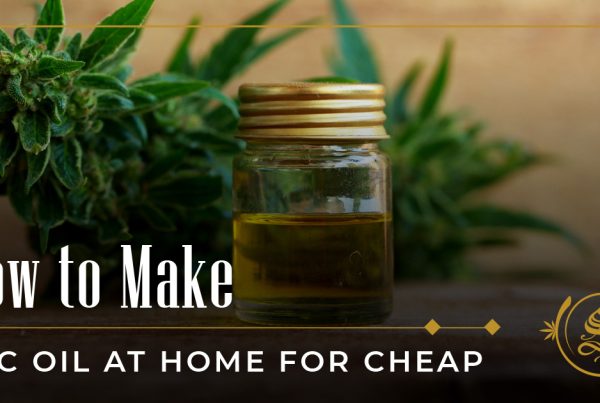 How to Make THC Oil at Home for Cheap